This post will introduce you to the basic solving techniques of a Classic Sudoku. These concepts follow the ones shared in the previous post which gave you insights and clarity on what a sudoku is. If you haven't read it already, I would strongly suggest you to familiarize yourself with it and then come back here.


We will now have a look at all the ways we can solve a sudoku. One thing we need to bear in mind is that no two sudokus are alike and the difficulty level of a sudoku is very fluid. When I say fluid, I mean that it depends solely on a solvers ability to identify the next step. Normally people associate the difficulty level of a sudoku with how many high end techniques are utilized in obtaining the solution. This I feel is a very vague approach. Amateur or non-frequent solvers may not be aware of these high end techniques and hence are unable to visualise and identify them, whereas a person who solves sudoku regularly and competitively is very much aware of these techniques and will spot them easily and quickly. This is precisely the reason why we see a huge variance in the solving times of the same sudoku by different people.


The advanced techniques are not very easily identifiable and it takes a lot of practice for a person to start seeing them. We will discuss some basic solving techniques in this post. Apart from the first two singles techniques, which help in putting a number directly, all techniques basically help in eliminating pencil marks from cells till we reach the point where only one digit is possible in any cell. This is precisely the reason why understanding the concept of buddy cells plays an important role in identifying the possible digits that can be placed in any given cell and I always ask my students to get into the habit of writing pencil marks. When we do not write the pencil marks, it becomes difficult to identify digits to be eliminated. These concepts are covered in my previous post shared here.


In today’s post we will have a look at the two techniques involving singles which are the basic starting point in solving any sudoku. They are Naked Singles and Direct Singles.

When a cell has only one digit that can be placed in a cell, we call it a Naked Single. Now how do we identify the possible digits that can be placed in a cell? This is where the concept of buddy cells comes into play. Take any cell, and have a look at all the cells that share at-least one constraint, either a row, column or 3x3 box, and look at the digits available in all those 20 buddy cells. All such available digits cannot be placed in the given cell. Let’s have a look at the image below. 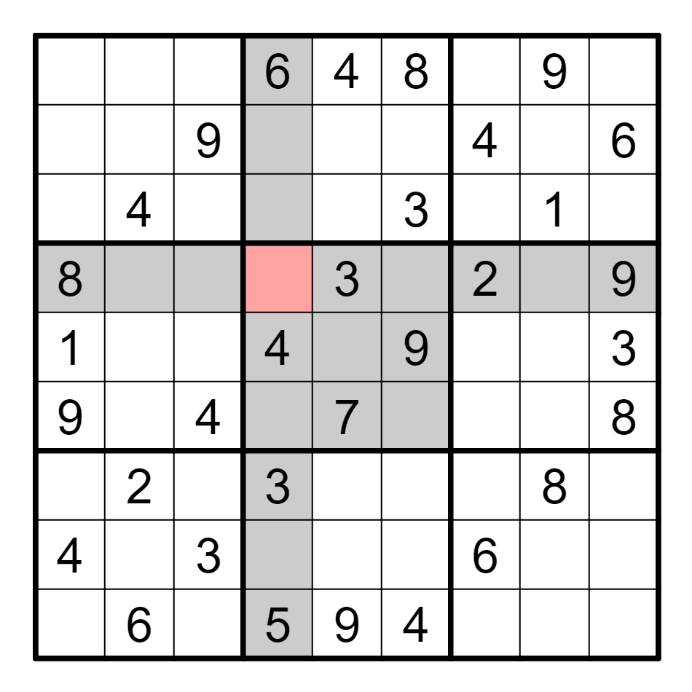 The cell highlighted in red is the cell in focus and the cells marked in grey are the buddy cells to the red cell (count them, will always be 20). Since all the grey cells share at-least one constraint with R4C4 (the red cell), the digits that are already given in the grey cells cannot be placed in R4C4 as it would result in a digit repeating within a constraint, and as the rules state, no digit can repeat in any row, column or 3x3 box. So looking at the image we see that only the digit 1 can be placed in R4C4. This is known as a Naked Single.

Hidden Single is another basic technique that is widely used to solve a sudoku. Here the digit is not directly visible and is “hidden” amongst other possibilities in a given constraint. To understand this better, let us take a look at the image below. 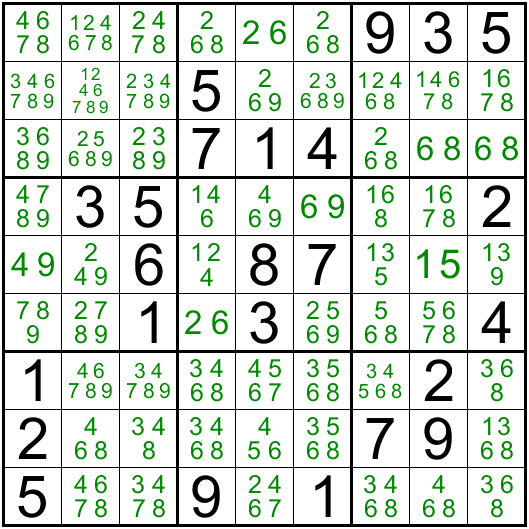 Have a look at box 5. All the cells have more than 1 digit possible in them. So how do we identify the correct digit? When we look closely at all the cells in Box 5 with all the pencil marks, we notice that the digit 5 is available in R6C6 as a pencil mark. Now we know that all the digits from 1 to 9 need to be placed in all the constraints, which means that the digit 5 also has to a cell to be placed. 3 digits are already given and 5 other cells with pencil marks cannot contain a 5, so the only possible place for the digit 5 to be placed is in R6C6. So even though there are multiple other options available for R6C6, if any digit other than 5 is placed in R6C6, it will render the sudoku invalid as there be will no cell available for the digit 5. Hence we discard all other pencil marks and place digit 5 there. 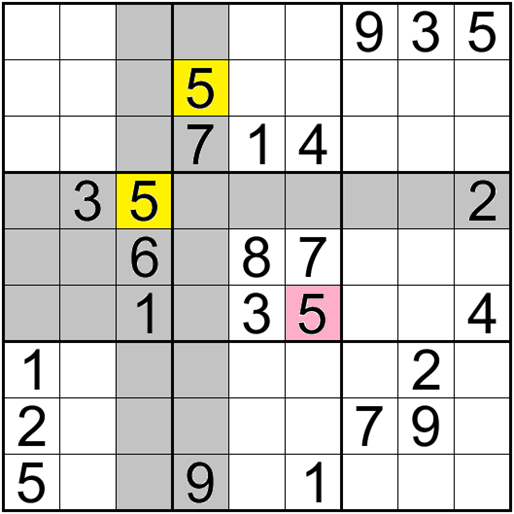 All sudokus, irrespective of the difficulty level, will begin with the use of these two singles techniques. Do give it a try for yourself and you will see a marked difference in how you approach a sudoku to be solved. In the next post I will share how I normally begin solving a sudoku, before I put in more posts on solving techniques.

Put the concepts shared in today's post to practice by trying to solve this Classic Sudoku from 19th January, 2021. SudokuMania has a lot more sudoku puzzles to practice on, including classic sudoku as well as many sudoku variants. You can also participate in our daily sudoku contest where you get two new sudoku puzzles everyday: one classic sudoku and another sudoku variant. Until next time, keep practising!